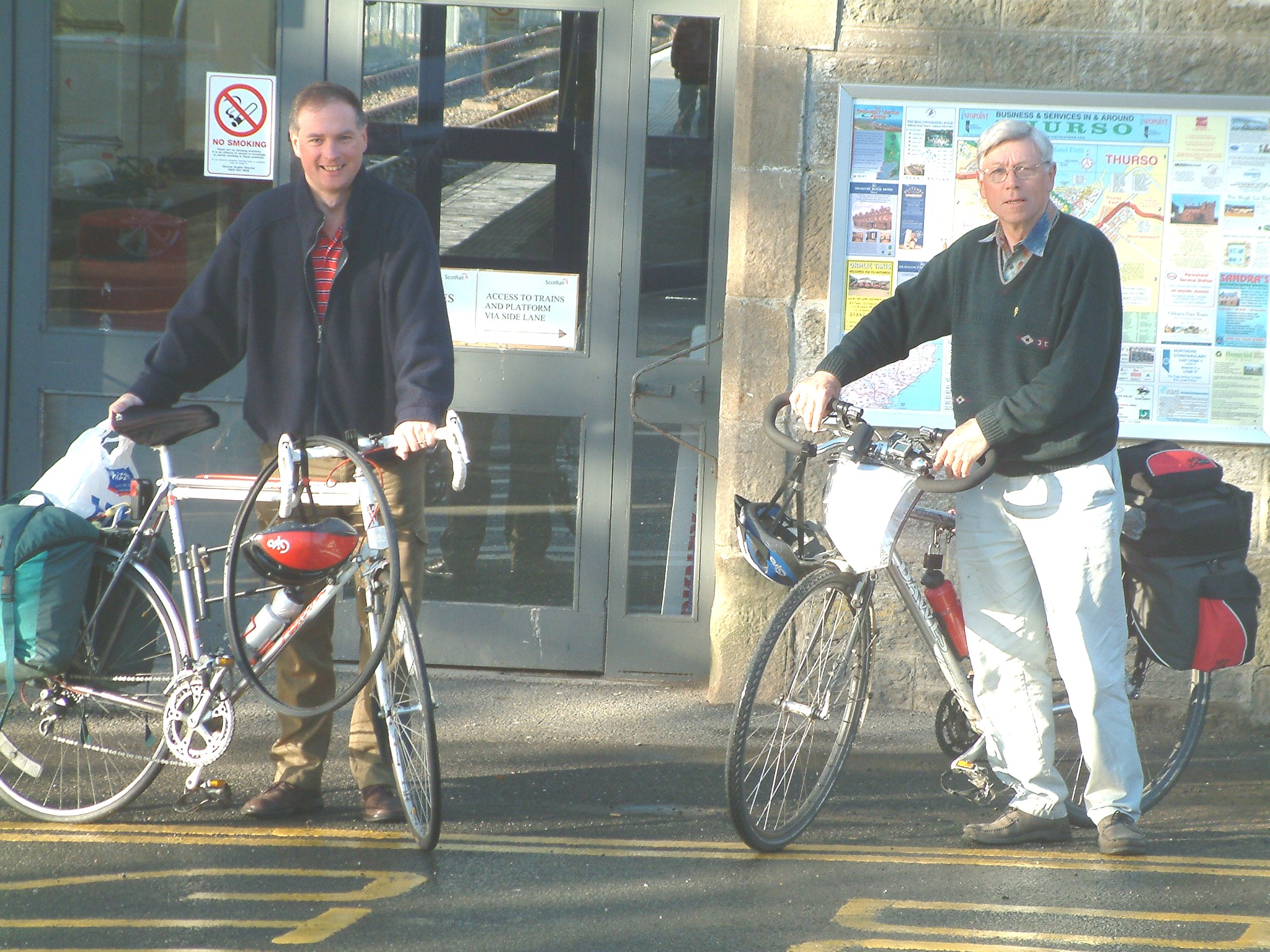 This month, long time Kids for Kids supporter, Graham Baynes is cycling 250 miles around Normandy with his grandson, Jamie and fundraising in the process! Since 2006, Graham has taken on cycling challenges yearly, cycling all over the United Kingdom!  From the West Country in 2010 to Edinburgh in 2014 and Wales in 2015 Graham is now taking his bike over to France to spend a week cycling in Normandy.  What a fantastic man!  Over the years Graham has raised thousands of pounds for Kids for Kids – saving and improving the lives of thousands of children living in the most impoverished conditions.   It is difficult to say thank you properly to Graham, his family and his supporters.   The amazing challenges Graham sets himself – with his 85th birthday coming up later this year! – inspires us all.

We asked Graham for some details about his upcoming cycle:

“The 2018 route is from Poole, through Cherbourg to the bottom of the Cotentin Peninsula, and thence to Arromanches (including its splendid museum of the Landing Beaches), and Pegasus Bridge, viewing beaches and cemeteries en route.  Thereafter it will be Bayeux, to see the tapestry, and a stop on the way back to visit a hamlet called Baynes.  (Apart from the name, there is no known link.) The return will be through Carentan and Cherbourg to Poole, with the hopes that both Ferry trips will involve kind weather. The total distance for my grandson Jamie and me over the 5-day period 22-26 October should be 250 miles.”

But how did Graham get started fundraising for Kids for Kids all those years ago?  We are delighted to share with you his story – an absolutely heart warming account of a cycling journey that began when Graham was 72 year’s old.

“It was my wife, Nancy, who came across Kids for Kids, and it happened that one of my sons-in-law planned to ride from Land’s End to John o’ Groats shortly afterwards.  He invited me to pedal with him in 2006, and I said Yes, without thinking too much about what it would involve.  At 72, I needed to get fit to cover the nearly 1,000 miles at 75 miles per day, which concentrated the mind on whether the decision was the right one, as I had done nothing of this nature since being a lad.  I had no intention of looking for sponsorship – it was the ride which counted – but others said I should make use of the opportunity, so I decided on Kids for Kids.

Sponsorship came mainly from the local churches and the orchestra to which I belong, and it turned out to be a profitable venture, raising about £3,600 for this one cycle. Having regained enthusiasm for cycling, and with the thought that I could do more for the charity, I made the ride an annual fixture. Over the last dozen years this upcoming trip will be my third venture into France.  During the first (solo) one, a French couple saw my banner and subscribed some euros, which were both welcome and a surprise.  The second cycle followed the route of the Tour de Manche – or tried to do so.

Some of my rides have been solo; others with my usual weekly cycling partner, Terry Holder, who accompanied me to Bradford Cathedral one year, to let them know what Kids for Kids does in their linked Diocese of Sudan. He has supported me around Wales and to other areas. Members of the family joined me on my 80th birthday ride: 500 miles from Wareham to Edinburgh, finishing in the building where I was born.  They also (including  one daughter with secondary cancer) came on the Hadrian’s Wall circuit last year.

I have been asked about training.  I don’t train – I enjoy cycling and go out regularly, to include a trip of 50 – 70 miles each week.  I then base the annual ride on what I think I can manage. It has worked so far.  My weekly ride is in Dorset, where the hills tell you what you are capable of.  A day will generally include between 1,600 and 2,500 feet of climb.  Terry and I are agreed that, if we can get from sea level to the top of the steep hill in Portland (some 400’) without getting off, we can survive a few other challenges.

What do I wear, and what sort of bike do I use?  If I were to train, I might consider Lycra.  As it is, I have no background as a ballet dancer and wear, what my family describe as, my gardening clothes.  The bike is heavy, but reliable.  The ride from Land’s End, with cycle and luggage weighing 40% of my body weight, did, though, teach me a sharp lesson in minimising baggage. And no, I don’t take a tent.  At least I still have enough sense to let somebody else provide a bed and breakfast.”

Graham would like a north wind on the first day and south for the rest of the journey! Do keep your fingers crossed for him. If you would like to make a donation toward’s Graham’s upcoming cycle, please visit our Donate Now page, mentioning ‘Graham 2018’ at checkout. Feel free to get in touch with any questions.