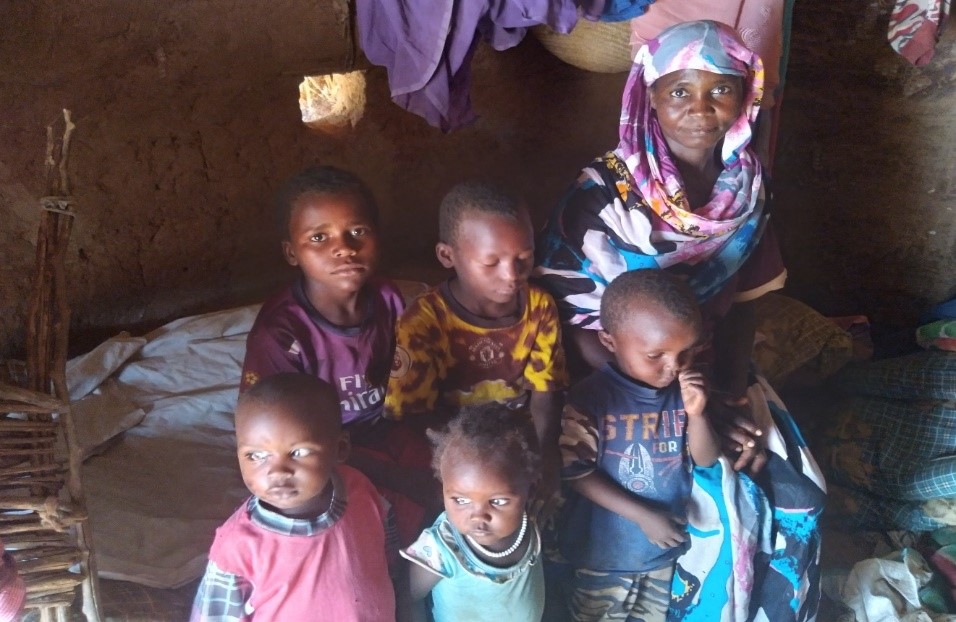 It is an exciting time for the small villages of North Darfur which have been adopted by Kids for Kids in 2022.

In each of the five villages – Hillat Sabil, Hillat Um Gadeer, Korla, Kudeil and Katonta – the poorest families have now been selected democratically to receive 5 Nanny Goats each to provide life-saving milk to their starving children.

Can you imagine being one of those families who are lucky enough to be selected?

It is always a hard decision to select the beneficiaries of our Goat Loan but this year it is harder than most. So many families are living in desperate conditions. Following increased violence, crop failures, and the global price shocks in grain and other food commodities, food is scarcer than ever.

The terrible war in Ukraine has meant that 30% of the ermergency grain rations that are normally provided by Ukraine to Sudan are unable to reach those in desperate need.

The UN has warned that one-quarter of the entire population of Sudan will struggle to access food in coming months, including 3.1 million people facing emergency levels of hunger.

These figures are unlikely to take into account those families in the remote villages of Darfur – those villages which Kids for Kids supports – far removed from the larger cities.

BUT our Goat loans are giving Mothers hope.

Kaltoum, age 30, lives in Korla. She is married, has 3 daughters and 2 sons. 3 of her children are under 5. They have one hut made of straw,  with two beds and one mat.  Nothing for the children to sleep on.

Kaltoum is married to Mohammed, a poor farmer, who works as a labourer in the dry season and has to travel great distances to find work.

Last year Kaltoum and Mohammed cultivated 5 acres of millet but only harvested enough to fill half a sack. Just think about that – HALF A SACK. All that work and still barely anything to feed their young family.  They have no other source of income.

Kaltoum and her family have just been selected as first generation Goat Beneficiaries. They will shortly be receiving 5 Nanny Goats.

Do you know what a difference these Goats will make to Kaltoum and her family?

Not only will the Goats save the children’s lives, providing protein-rich milk for them to drink, keeping starvation at bay, strenghtening their bones and teeth, and even improving their brain functionality, but they will also change Kaltoum’s life enormously.

Kaltoum has promised faithfully to care for her goats so they are healthy and produce more kids. After 2 years, 5 female kids will then be passed to another family to benefit and so on, and so on, every two years. Many more lives will be changed. Many more women and their families will have hope for the future.

And it is all down to you! THANK YOU!

Your donations have helped us change many lives – but there are many more women, more mothers, more families in desperate need, especially this year.   The worst we have known.

Can you please DONATE GOATS today to help us give more Mothers hope for the future? Thank you so much – we are so deeply grateful.